This online training is streaming live on the 8th & 9th February 2022.

The digital recording will be released to all participants on the 10th February. The recording and associated resources will then be accessible through your Essential Therapy Training account for 365 days.

In this era of impactful events, such as the recent Pandemic, there may be no better time to know and apply the essential elements, tools and techniques of “Rational Emotive Behavior Therapy” (REBT).

Created by the visionary and brilliant Albert Ellis PhD, this impactful evidence-based, active-directive approach, which is both scientific and philosophical, and which is imbued with compassion, heralded in the cognitive revolution in psychotherapy.

In addition to being a powerful and effective evidence-based approach, it is also a way of life for those who choose to apply it as such.

In this workshop Dr. Debbie Joffe Ellis, wife of Albert Ellis who worked with him in every aspect of his work during their years together, will present the essential REBT elements, tools and techniques of REBT, will highlight the malady and global epidemic of catastrophizing and the ways of healing and preventing it, provide a live demonstration of the approach, describe pivotal aspects of an REBT therapy session, share the history, development and other unique elements of REBT, and answer questions.

Participants will be able to:

2. Recognize the difference between rational and irrational thinking.

3. Distinguish the difference between healthy and unhealthy negative emotions.

4. Describe a variety of tools and techniques of REBT.

5. Describe the unique aspects of REBT.

6. Summarize the history and development of REBT. 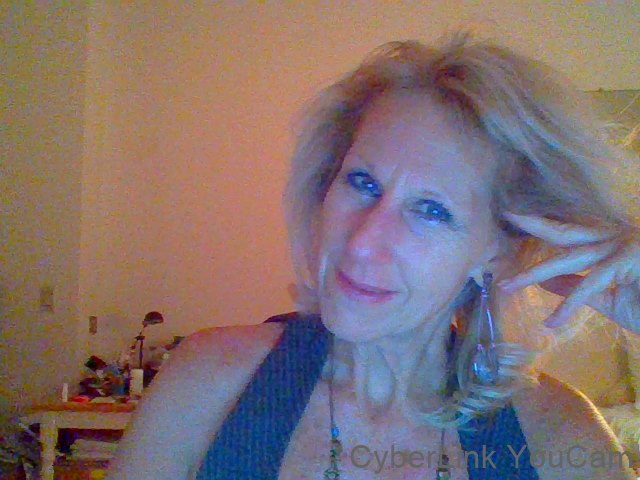 Dr Debbie Joffe Ellis was born and raised in Melbourne, Australia. New York City has been her home base for the past two decades. She is a licensed psychologist (Australia), licensed mental health counselor (New York), presenter, writer and adjunct professor at Columbia University in New York City where she teaches Rational Emotive Behavior Therapy and Comparative Psychotherapies. For years she worked with her husband, the brilliant and renowned pioneer of modern cognitive therapies: Dr Albert Ellis, giving public presentations and professional trainings in his approach of Rational Emotive Behavior Therapy (REBT), as well as collaborating with him on writing and research projects until his death in 2007.

Before his passing he stated and wrote that he entrusted her to continue his work. She is recognized as a world-renowned expert on REBT, and regularly presents, throughout the USA and in countries around the world, to students, academics, practitioners in the helping professions, and to members of the general public. She wrote the second edition of the book Rational Emotive Behavior Therapy (published 2019) that she co-wrote with her husband in its first edition.

She is also featured in a DVD produced by the American Psychological Association (APA) demonstrating and discussing the REBT approach. She has written chapters for various text books, articles, and has reviewed publications for APA’s PsycCritiques Journal. In 2014 she was named “Legend in Counseling” at the American Counseling Association annual conference, and has received various other awards and acknowledgments for her work. She joyfully and passionately continues her mission of informing as many people as possible – through her presentations, teaching, writing, and the ways she strives to ‘walk her talk’ – that each one of us has the power to create our emotional destinies despite and including challenging circumstances, and through teaching the ‘how-to’s’ of doing so!

Additional Information on the work of Dr Debbie Joffe Ellis

At the core of the presentations and writings of Dr Debbie Joffe Ellis is the groundbreaking philosophy and psychological approach of her husband, one of the major pioneers in the field of psychology: Dr Albert Ellis – titled Rational Emotive Behavior Therapy (REBT).

What follows provides some brief background about his contributions and the approach and concludes with some words about the work mission of Dr Joffe Ellis who Albert entrusted to continue his work.

Albert Ellis PhD (1913-2007) was a bold, courageous, and maverick pioneer in the worlds of psychology and psychotherapy. Dedicated to fighting injustices and changing restrictive social norms, he was a major figure in changing general attitudes held by many in the twentieth century, and first decade of the twenty-first century, on women’s rights, racial equality, inter-racial marriage, gay rights, freedom of speech and literature – to name just a few. He introduced his cognitive approach to psychology in 1956 – attracting immense criticism and hostility – in contrast to the then-dominant Freudian approach of psychoanalysis. He persisted, and now the cognitive approach is the most widely practiced approach in the field. The New York Times wrote “Dr Ellis has had such an impact that … clinical psychologists ranked him ahead of Freud when asked to name the figure who had exerted the greatest influence on their field”.

Ellis’ approach is holistic and ethical, attending to the interplay of a person’s beliefs, emotions, and actions, and seeing people as capable of choosing their emotional destiny according to their capacity and willingness to choose rational realistic thinking over irrational thinking.

He asserted that we humans are fallible creatures who can unnecessarily disturb ourselves and prescribed the use of his REBT approach for Un-disturbing ourselves.

Dr Ellis did not shy away from controversy – at times he welcomed it as a means of stimulating people to think about rigid out-dated ideas and attitudes – in the hope that they would change their intolerant and self-defeating thoughts into healthier ones. He would vigorously and enthusiastically “rock any boat” if it meant ending or lessening human emotional suffering.

Author of over 80 books and over 1800 articles, Dr Ellis was awarded countless honors in his lifetime within his profession and outside of it, including being named Humanist of the Year (1971). Renowned writer and film director, Dalton Trumbo, wrote of Ellis: “Ah – Albert Ellis! The greatest humanitarian since Gandhi….”. His work has been recognized and admired by millions of people, including world and national leaders such as the Dalai Lama, President Bill Clinton and Hillary Clinton, New York Mayor Michael Bloomberg and many more. Many famous writers have incorporated the Ellis approach into their own approaches.

Dr Debbie Joffe Ellis dedicates herself to sharing the life-enhancing and inspiring approach of REBT with as many people as possible.

A clear and easy-to-understand approach, its application brings striking and beneficial results. Its efficiency is fueled by its pragmatic tools along with it philosophical backbone encouraging kindness and compassion.

In addition to creating warm rapport with audience members, Dr Joffe Ellis communicates thoroughly the philosophy, methods and techniques of REBT, teaching clearly the difference between healthy and unhealthy thinking, and often will give live demonstrations of the approach with audience members who volunteer to participate.

She talks on a variety of topics, depending on the audience demographic, in addition to teaching through her role as adjunct professor at Columbia University of NYC. Her audience groups include students, educators, health care professionals, those in the business world, CEOs, and members of the general public. She constantly emphasizes, along with the aspects of REBT, the fact that we all have a choice in how we think, feel, and behave: that we are the creators of our emotional destinies. She reminds us that whilst – as the Buddhists say – suffering is part of life, by accepting what can’t be changed, and changing any adverse conditions which can be changed – we can minimize our emotional suffering and maximize the experience of joy. 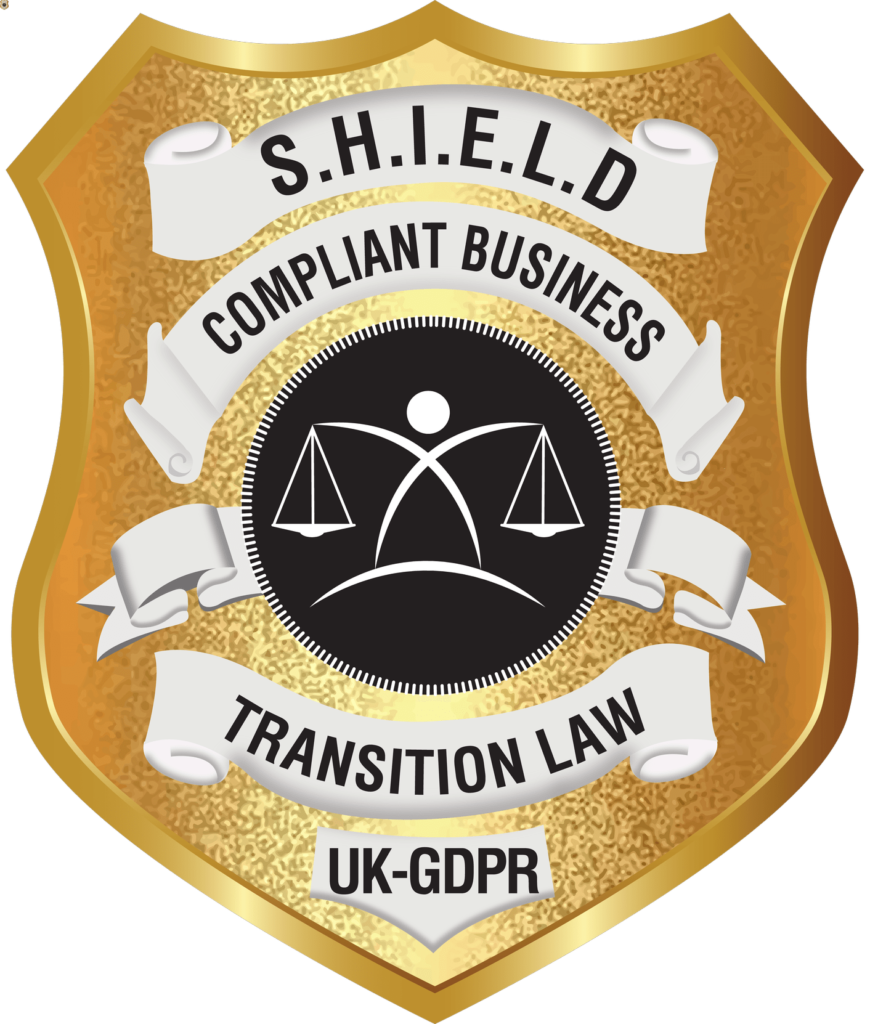